Here’s how you should childproof your computer

Anyone who lets their child play or surf on the computer should set them technical limits. Endless gambling or YouTube on continuous loop? If you don’t want your children to spend too much time on the computer, you have technical control and influence options. But they are not a panacea. 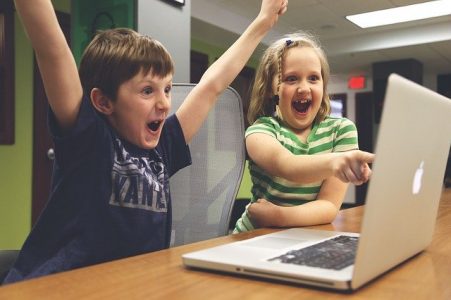 For some families, it’s a vexed issue – one that’s actually as old as computers and game consoles themselves. It’s about how long and how often people are allowed to play games or browse the web. Naturally, the opinions of parents and children differ widely as to how much is enough or too much.

Windows and Mac OS offer parents many ways to monitor at least set technical limits on children’s use of computers. An overview:

Both Windows 7 and Windows 10, as well as Mac OS, allow you to set up user accounts with lower access rights in their user settings. “Children don’t get administrator rights, only parents do,” recommends Peter Siering, from the trade magazine “c’t”. With such a restricted account, children can only install programs or change settings with their parents’ permission.

Apple makes it easy for users here. When setting up the account, users can select the parental control option. A list can then be clicked to determine whether and for how long Internet, iTunes and games are available. Webcam access can also be prevented.

If you use Windows 10, Microsoft’s family features give you the option of creating Microsoft accounts for your children that are linked to your own account. In this way, one gains numerous possibilities to control computer activities – and to intervene if necessary. Advantage here: The settings then apply to every Windows 10 device a child logs on to.

“A time limit is always good if a child is overwhelmed by non-stop media activity,” says Kristin Langer, media trainer at the campaign “Look! What your child is doing with media.” Windows 7, 8, 10 and Mac OS allow the creation of hourly time periods in which a user account has access to the computer. In this way, bedtimes can also be set and enforced for individual days, explains the Klicksafe.de initiative.

Windows and Mac OS also allow the release or blocking of individual programs and games for restricted user accounts (Windows 7 or Mac OS) or via the family control (Windows 10). Here, for example, it can be specified that only word processing and Internet as well as age-appropriate games may be started.

Not everything on the web is suitable for children. One hundred percent protection against inappropriate content does not exist. But operating systems do offer filtering. Mac OS, for example, allows parents to create lists of approved websites.

Children and young people are often involuntarily confronted with sexualized content on the Internet. The German government’s abuse commissioner calls for an agenda for digital child and youth protection.

Then children can only access these pages. Such exclusion lists (blacklists) or release lists (whitelists) can also be created in the settings menus of many routers. Certain keywords can also be blocked.

Not too much monitoring

Both Microsoft’s Family Options and Mac OS’s account management allow parents a pretty close look at what their kids are doing with the computer: such as reviewing websites visited, usage times, or programs launched.

Here’s how any child can learn self-control

There are also offerings on the market from third-party developers with similar functions. Media trainer Kristin Langer doesn’t think much of so much control: “Hard control is a good basis for conflictual disputes,” she says.

Staying in the conversation

Even the best technical barriers can be overcome. The older children get, the more resourceful they usually become at circumventing locks. So you shouldn’t rely on it too much. For Kristin Langer, technology is only half the battle anyway. “Technical solutions are only a support.” They do not replace conversation and, above all, an understanding of the necessity of some rules.

“Sometimes such settings are mean,” admits Langer. Instead of setting up blocks, she advocates always explaining to children why they may still be too young for some content. Clear appointments often work, she says. And, “If you stay in conversation with each other, you don’t need the controls,” she says, “because then the kids will speak up if there’s a problem.”

Here’s how you should childproof your computer